It’s been an interesting second week for my Kindle Scout campaign.

Week One saw my stats on a bit of a roller coaster ride: rising high between the campaign launching and the views from my social media (namely my personal facebook page), which all contributed to it making its way onto the Hot&Trending lists. It spent a few hours a day there for four nonconsecutive days before my stats sunk like the titanic and my views plunged to a miserable -10 per day as the excitement died off and my novel fell out of the H&T.

It was at this point I stepped up my promotional game by joining more than a few free “promote your book here” websites on facebook, which saw my stats spiking to 60+ views that first day before once again slipping bit by bit as we approached the end of the week.

Interestingly enough I’ve found that my traffic took a bit of a dramatic shift with up to 63% now coming from external links this second week, where as before it was pretty evenly tied almost 50/50 with the direct traffic from the Kindle Scout website itself.

Most of my traffic this week has been coming through those facebook groups and the Kboard forums where I’ve been participating in a few threads with other authors and Kindle Scout hopefuls. It’s good to see that the promo has been working, but more than that, that just interacting with fellow authors has encouraged them to check out my campaign page (and hopefully vote!) too. 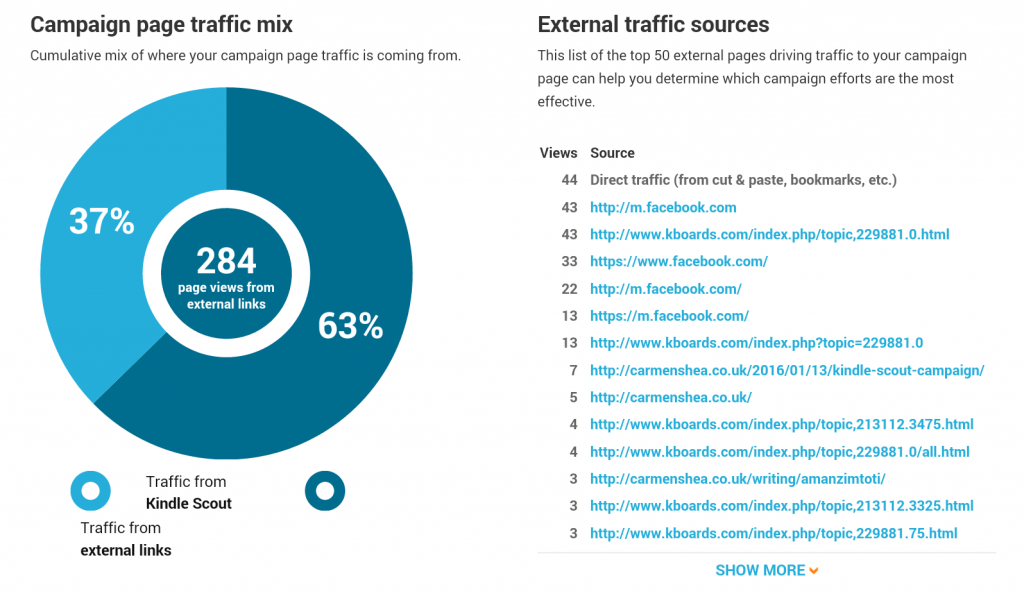 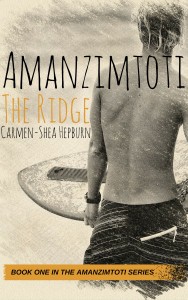 I haven’t made it back onto the H&T list but I’m not too worried about that at the moment, as this week I also made the decision to change my book’s Cover Design. Despite my love of the original design, more research into promo and my genres told me it was something I should really consider changing if I wanted to garner interest from my potential audience.

The new cover was only updated on the Kindle Scout website yesterday so it’ll be interesting to see if that has any effect on my stats over the next week. I’ve promoted the new cover on a few facebook groups today and will continue to update my other social media accounts over the next couple of day.

One thing that does worry me a little is a few comments I’ve been reading on the Kboards saying that the Kindle Scout team very rarely selects debut authors. That’s not to say they never do, but certainly looking at the list of novels they have approved for publication, most of them are by already published authors. It’s interesting. Obviously they know those authors have an established audience and that their books are more likely to sell, but on the other hand they market the Kindle Scout campaign as one looking to spotlight new authors, where in fact very few actually get selected. Hrmmm!

To conclude, another interesting week! I’ll probably start engaging my friends and family again this next week, hoping to target anyone who didn’t vote for me during the first week. I also look forward to seeing if my new cover design has any bearing on my stats.

Once again, thank you everyone for your continued support! <33

[ don’t forget to vote for “Amanzimtoti” on Kindle Scout now! ]