You ever blink and suddenly it’s two weeks later and you have no idea where the time went? Yeah, that just happened to me. I didn’t even realise I hadn’t posted my Meal Plans for the past two weeks until today. Like, what even kind of blip is that? I can’t even entirely blame this lockdown as, despite the bank holidays, I’m still working Mon-Fri! 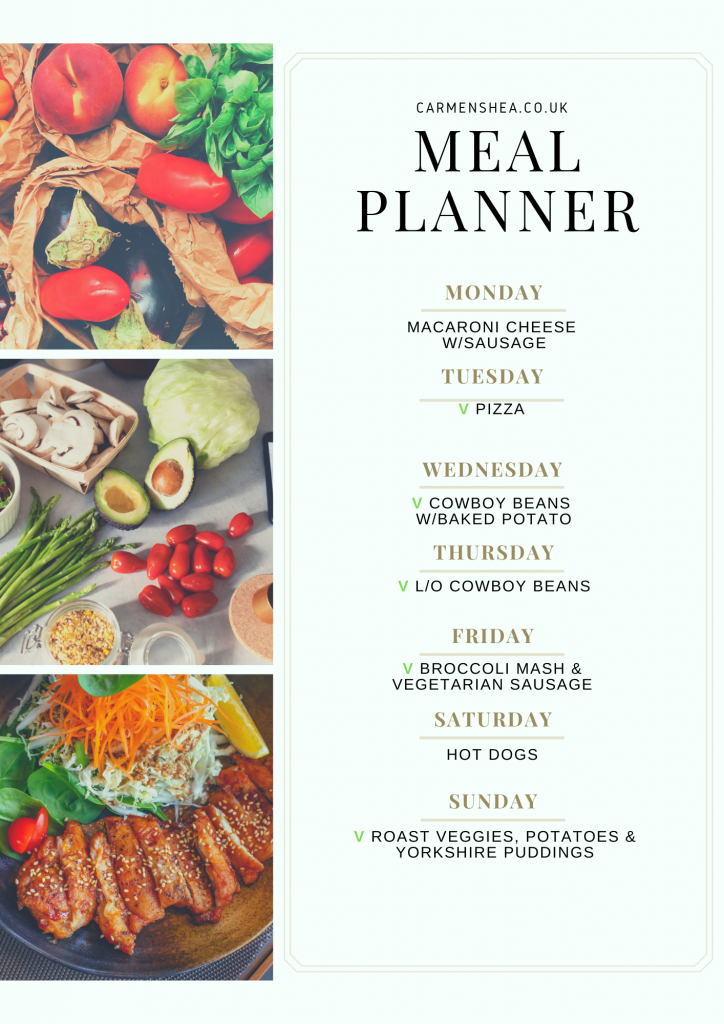 We did pretty well with the meal plan this last week, with the only blip being Saturday’s hot dogs. We tend to buy par-baked rolls as they stay fresh forever, and are always great for those lazy days where the only energy you want to spend in the kitchen is the energy it’ll take to turn the oven on!

Unfortunately, it looks like there was a hole in our pack of par-baked rolls, which let in moisture, and by the time it got to Saturday the rolls were… gross. They hadn’t gone mouldy or anything, but the bag managed to trap condensation which made them go all mushy and they smelt horrendous.

Thankfully, we keep a relatively well stocked freezer so I had J help me whip up a quick batch of Vegetarian Duck and Sesame noddles instead. It probably took about the same amount of time to make as the hot dogs, which is a bonus! …although it did also produce a lot more washing up. Thankfully J is in charge of that job, heh.

Something else did happen this week… J decided he wanted to commit to going vegetarian! And you know me, I’ve been weening us off most meat products for a few weeks now, so I’m more than happy with that decision.

He’s been really enjoying the ‘substitute’ foods we’ve been getting, like the vegetarian duck and burgers I told you about the other week, and enjoying all the new meals I’ve been experimenting with using beans and lentils.

So, we’re going to give it a shot. Aside from about 4 Vienna sausages still in the freezer, we don’t actually have any meat left in the house, which is a great start*.
*NB we’ll probably eat those at some point (because I hate to waste food).

I’ve also decided to help myself with the meal planning by ‘theme-ing’ the days of the week. You probably won’t notice for a few weeks yet, but I’m thinking of doing something along the lines of:

I think having a theme to work with will actually make my meal planning- or at least my grocery shopping!- easier. At least that’s the hope! I’ve added some new sections to my Pinterest Recipe Board you want to check them out.

How has everyone else been getting on? Do you theme your meals? Have a specific type of meal (or even the same meal) on a certain day of the week?

Let me know, as I’m always looking for new recommendations and recipes to try out!