Skydiving is one of those things most people have on their ‘Bucket List‘ but which they never really plan or want to do. Sure it sounds like it’d be pretty cool to have achieved, but when push comes to shove most of us probably wouldn’t book a day and just go for it!

That is, unless you happen to be on one of those ‘once in a lifetime‘ trips, as I was! Even then, though Skydiving was on my list and I’d promised a number of people back home in the UK that I’d do one, when the sign-up sheet for Skydive Taupo came around the tour bus I was travelling the North Island of New Zealand on, I very nearly didn’t put my name down. 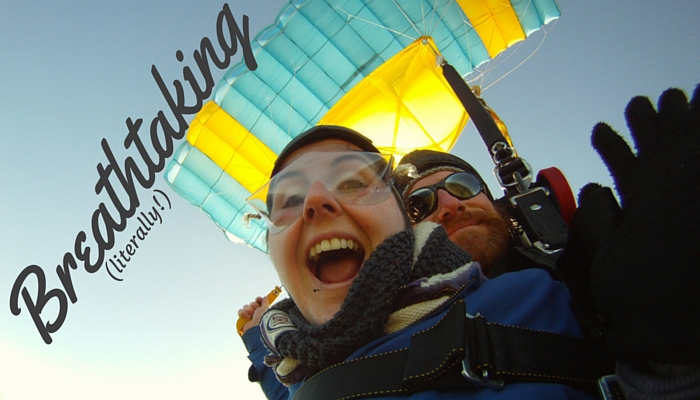 Money was my biggest concern, (though I’ll admit the idea of actually throwing myself out a plane was doing funny things to my stomach). At $339 for 15,000ft OR $249 for 12,000ft, it’s not exactly cheap, especially not as a backpacker who’d already spent two months travelling the country and who was on her way down to Wellington to find a job so that she could keep travelling!

That said, it was one of those ‘once in a lifetime‘ opportunities, and I was with a great group of people on that bus trip who also wanted to do it. The best thing about travelling is getting to meet new people, and being able to share new experiences with those people. When else was I going to have the chance to do something like this with a group of friends I’d be able to freak out with, and squee with, and throw myself out of a plane with?

I think if I’d been passing through Taupo by myself I’d have given it a miss of the ‘next time‘ variety, but because I could share the experience- that’s what really sold it to me.

Of course, you can’t just throw yourself out of a plane and be happy with just the memory of it (well, you can but how are you going to prove you actually did it to everyone back home?!), and- repeating that blasted ‘once in a lifetime’ mantra to myself- I ended up forking out $499 in total for my skydive!

And it was worth every cent!

Included in the price was my 15,000ft dive (because you might as well go the distance if you’re going to do it at all!), with 60seconds of freefall (one word: BREATHTAKING (literally!), handycam footage before, during and after the dive with mini interviews, photos and stills taken throughout the jump from the handycam, and a “free” t-shirt (because you can never have enough of those!)

The free fall itself isn’t nearly as terrifying as you think it is.
It’s the jump out of the plane that gets you!

I was fine during the safety briefing, fine filling out all those lovely ‘in case of death‘ forms they like you to fill in, fine during take off and watching the ones who chose the 12,000ft jump doing their thing. I was fine being strapped into my instructor’s lap and being carried to the open doorway, I was fine when he told me to hang my legs out the plane and wrap them under the side of the plane, I was fiiii- OMG WAIT I’VE MADE A TERRIBLE MISTAKE!!

By the time I had my legs hanging out the plane, looking down at the splodge of land way way down below me, my stomach did this nervous flip and I opened my mouth to say something along the lines of, oh I don’t know, ‘I’VE CHANGED MY MIND ASDFGH’, but before I could do more than take a breath we were away!

“Fear is temporary. Achievement is permanent.”

I literally stopped breathing. Not just because I’d actually been thrown out of a plane, but also because that initial moment of free fall steals the very air from your lungs as you plunge your way down towards the ground.

And then my brain kicked in again, and instead of being afraid about the steadily approaching earth, it instead pumped me full of adrenaline and made me feel really damn happy about my impending death! Yay!

My instructor was a pretty funny guy and made a quip about hoping the parachute would work before we jumped, I shot back with ‘well if I’m going down, you’re coming with me!‘ XD but thankfully it never came to that and after our 60second free fall (which feels so much longer when you’re actually up there!), he pulled the shoot and we had a lovely descent the rest of the way with a few exciting twists and turns thrown in to keep things interesting, before finally making our way onto solid ground in one piece!

I highly recommend trying this out, guys! If it’s on your list at all then grab a few friends and just go for it! It’s really not as scary as you think it’s going to be and the views, especially over Taupo, were worth even that split-second of hesitation I had before the actual jump! 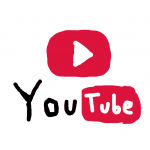 P.S. for everyone wondering what my ‘dodgy’ accent sounds like, you’re in for a treat!
(P.P.S. I really hate the way my voice sounds in recordings and hope I don’t actually sound that perky in real life!)

The best part about this whole experience? I’d totally do it again! Who’s coming with me?!

Thanks for reading!
– Carmen-Shea Hepburn