Top 5 things to do OUTSIDE of Auckland

The even greater part? You get to leave the city itself to visit them!

One of my favourites was the majestic island of Rangitoto: a volcanic island that makes you feel as if you’ve stepped back in time- as though the eruptions of 600-years ago have only just happened as you trek your way across the rocky lava crops and black sand beaches.

Due to the fertility of the volcanic soil, Rangitoto also sports some stunningly lush native plant and bird life, and is said to have the largest Pohutakawa forest in New Zealand! 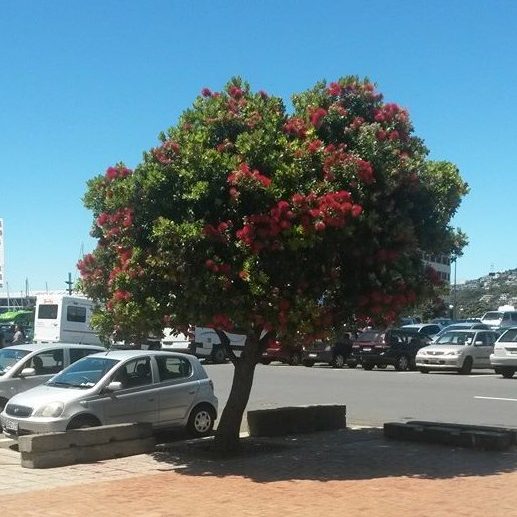 Pohutakawa, or the New Zealand Christmas Tree. This gorgeous tree only flowers for a few months around December, with the bright red flower looking a bit like a bauble on a Christmas tree! It’s a very iconic tree here in New Zealand and one Sir Peter Jackson ended up using in his Lord of the Rings trilogy, despite trying to keep everything quintessentially British (as per Tolkien’s vision of Middle Earth).

They way he did this was by using the bark from the Pohutakawa tree as the face for Treebeard, the main Ent in the Two Towers! Anyone around the world watching the movie only saw a tree, but everyone in New Zealand saw and recognised the Pohutakawa’s distinctive bark!

Though only a 30minute cruise from Auckland Harbour, you’ll feel like you’ve taken a holiday from your holiday when you arrive on Waiheke!

There are a multitude of things you can do whilst visiting: such as taking a quick guided tour around the island, visiting the wineries, of if you’re feeling adventurous, there’s always a spot of archery or doing the flying fox zipline!

The part I most enjoyed however was spending  my time on one or two of the many beaches Waiheke boasts. They have some gorgeous spots around the island, including a naturist beach if that’s you kind of thing!

A bus ride out of the city center will take you towards Auckland Zoo, which is hidden- quite impressively- in one of the city’s outer suburbs. Nestled between local homes and what looked like a park, you could almost miss it, and only the shrieking cries of the monkeys inside gives away the fact there’s a zoo there at all!

I personally love a good zoo and was very impressed with the one in Auckland. It was alot bigger than it appeared to be from the outside and had a large array of wildlife exhibits. I’m a big fan of reptiles and could have spent hours just watching the crocodiles as they sunbathed- it doesn’t matter to me that they barely move, there’s something just so enrapturing about being that close to a creature that can move quick as lightning without so much as a twitch to warn you!

I got my first look at a Kiwi here as well! The native New Zealand flightless bird. It’s a strange looking creature with two legs, itty-bitty wings and a beak long enough to be used as a third leg as it hops around foraging for food.

(I also particularly enjoyed the fact they had the lions’ den overlooking the food court with only a small mote to separate them from the hoards of screaming children!)

On the west coast of Auckland lies Muriwai, a volcanic black sand beach. I have a thing for black sand beaches and Muriwai is just such a stunning example of one, with the sand seeming to glitter like black diamonds as you walk along the stretch of beach.

There are a few rock pools around the beach too, and I was lucky enough to spot a few starfish during my walk through the surf.

Muriwai is also home to a seasonal gannet colony which nests in the nearby clifftops, and is also a very popular spot for surfers with a nearby surf school if you fancy learning how to rock the awesome waves!

Mission Bay is within walking distance from Auckland harbour, though you can get a bus (or, if you’re feeling confident, hitchhike)! Although it’s classed as still being a part of central Auckland, the fact that visiting it lets you get out of the city means it’s perfect for something to do when you just need to vacate the suffocating oppression that is the city center.

It’s a quaint little beach, with a cute promenade where you can opt to hire a bike or rollerblades, take part in an array of water activities such as paddleboarding or kayaking, or simply sit on the sand and enjoy the sun with an icecream or takeaway bag of fish and chips!

With views across the harbour to nearby Rangitoto, it was a great (and free!) daytrip that felt like we’d travelled a world away from Auckland!

Looking for something to do in Auckland itself? Check out my TOP 5 thing to do IN Auckland!